The Intersection Paddington is a “High Street retail precinct” wholly devoted to the retail display of important Australian Fashion.

In the early 1960’s, Oxford Street Paddington began to emerge as the place to go to find fashion, be it Australia or International.

The late 1800’s and early 1900’s shop-top terraces, typical of those found in many International cities were suitable for small emerging fashion designers to retail their designs with their manufacturing or office or homes upstairs.

The bookending of Oxford Street by the development of two major Mall Shopping Centres, caused a significant exodus of International fashion brands to those Malls with the smaller and more unique fashion businesses remaining in Oxford Street Paddington.

During the late 1990’s and early 2000’s I developed a desire to create a unique Australian only retail fashion precinct, along Oxford Street.

I was particularly attracted to the Intersection of Oxford Street and Glenmore Roads Paddington because of the beauty of the historic Victoria Barracks, the lawns abutting the Barracks and the Jacaranda trees.

The architectural charms of Glenmore Road were inspiring.

I will forever be grateful to Scanlon and Theodore for their recognition of my vision and their agreeing in 2004 to be the first tenant to anchor in The Intersection Paddington Australian Fashion precinct. 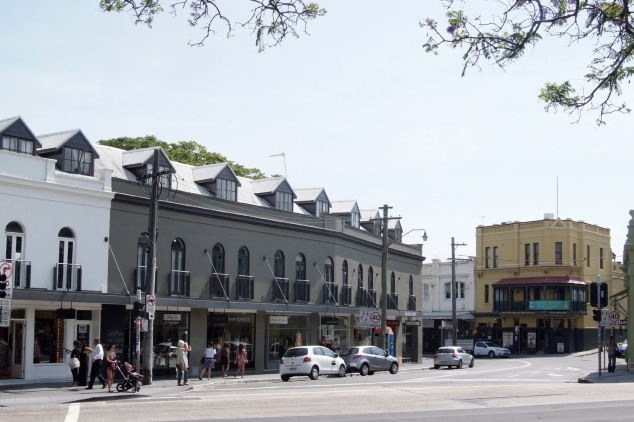 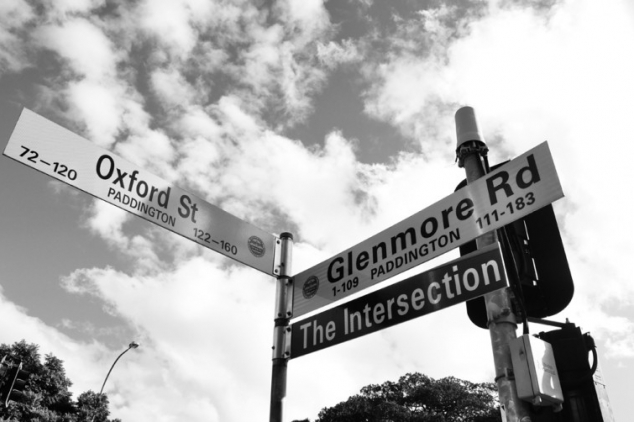 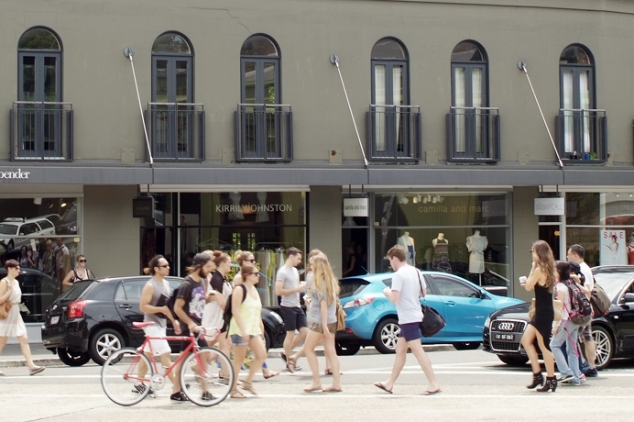 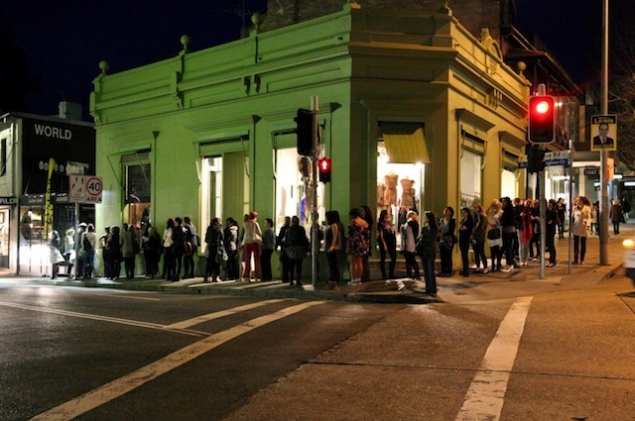 In the early 19th century Oxford Street Paddington grew out of the rough track which connected the young colony at Sydney Cove to the South Head signal station, whose flag signalled, indicating the arrival of the ships, providing a lifeline to the community.

Oxford Street was originally known as ‘South Head Road’. The change to ‘Oxford Street’ was said to emulate the famous London street of the same name. Oxford Street has experienced and reflected all the major lifecycle changes of Paddington, the early white settlement (Victoria Barracks built 1841-1848) and the colonial rural village (Juniper Hall built 1824). The Victorian suburb with its Paddington style terraces and its aftermath to World War Two.

The slum period between the 1930s and 1960s during which European immigrants dominated the Victorian shop-tops along Oxford Street and the subsequent gradual gentrification through to the emergence of a highly fashionable shopping strip. Paddington is separated by Oxford Street into northern and southern parts, whose histories followed different paths. The north side of the street is the result of an 1823 land grant of 100 acres to James Underwood, Robert Cooper and Francis Forbes. Together they soon thereafter built the Glenmore Distillery however their partnership did not survive long.

By 1824 Underwood bought out Forbes and subsequently Cooper, who eventually built Juniper Hall as his home. In the 1830s the original northern side land grant was divided into a series of estates granted to the so-called “Rushcutter Valley Gentry”, who built large houses such as Bradley Hall (1845) and Flinton (1834), both in the style of Juniper Hall (1824). Development was initially slow, however by the mid-1870s large estates began to be subdivided and residential and commercial development in the suburb accelerated, assisted by the horse drawn tram service along the main road. The last estates were broken up during the 1890s.

By the turn of the 20th century, rows of Victorian terraces had transformed the appearance and character of Paddington, familiar to this day. The story of the southern part of Oxford Street is very different. In 1811 Governor Macquarie set aside 1,000 acres of southern ‘South Head Road’ for water catchment, the aim being to improve Sydney’s unreliable water supply.

In 1836 Governor Bourke set aside 29 acres of this land for the establishment of military barracks, named Victoria Barracks to improve Sydney’s defences. Buoyed by this development, Australian Subscription Library advertised the first Paddington subdivision south of South Head Road in May 1840. Auctions obtained high speculative prices. Not everybody was impressed however and an eyewitness described the area as: “….. about the worst conceivable… between it and the low shores of Botany Bay nothing being interspersed but some three miles of dreary waste, divided between swamp and sand……..” Understandably the south side was slow to develop and remained vacant into the 1850s.

Apart from the Barracks (1841-1848), only the Mill (1853) built by Charles Moltson Gordon represented any sign of development away from South Head Road until the 1870s, when things began to change rapidly. In 1875, a property boom took hold of the northern part of Paddington, eventually spilling over to the southern part. Although the locality had originally been set aside for public use, the Government seized the opportunity to capitalise on rising prices and the land was sold for private use.

Paddington was first officially recognised as a suburb of unique heritage significance in 1974 when the entire suburb was classified as an Urban Conservation Area by the National Trust of Australia (NSW). It was the first Australian suburb to be recognised in this way by the Trust. Paddington was then placed on the Register of the National Estate.

by Zoltan Kovacs, Heritage Architect prepared 1/12/2014, for The Intersection Paddington. 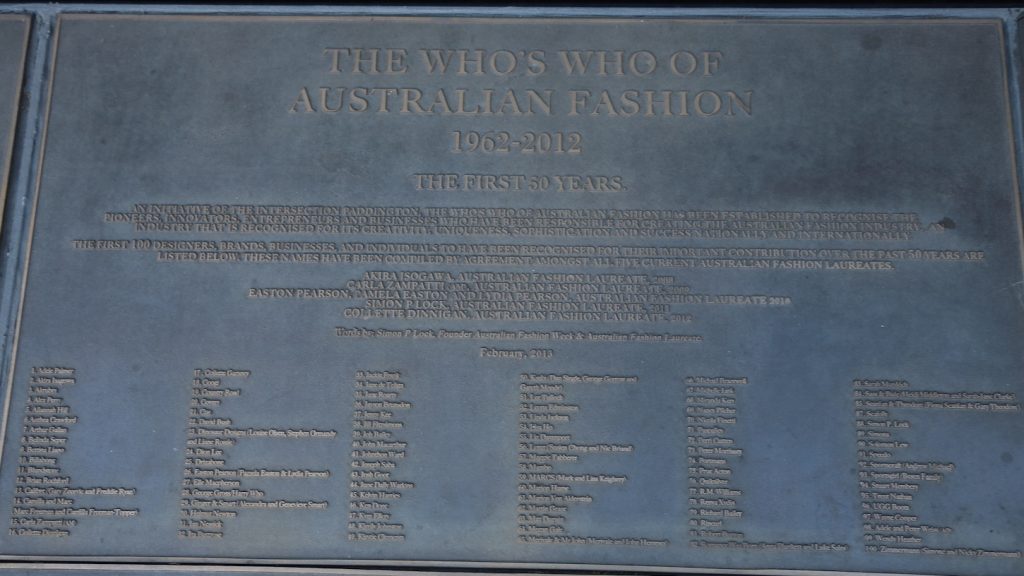 Whos who of australian fashion the intersection paddington